A2 Macroeconomics TextbookBefore we leave this topic we must consider an objection that looms so large in the anti-euthanasia literature that it merits a section to itself It is, for instance, the reason why John Lorber rejects active euthanasia. Lorber has written:

I wholly disagree with euthanasia. Though it is fully logical, and in expert and conscientious hands it could be the most humane way of dealing with such a situation, legalizing euthanasia would be a most dangerous weapon in the hands of the State or ignorant or unscrupulous individuals. One does not have to go far back in history to know what crimes can be continued if euthanasia were legalized.

Would euthanasia be the first step down a slippery slope? In the absence of prominent moral footholds to check our descent, would we slide all the way down into the abyss of state terror and mass murder? The experience of Nazism, to which Lorber no doubt is referring, has often been used as an illustration of what could follow acceptance of euthanasia. Here is a more specific example, from an article by another doctor, Leo Alexander:

Whatever proportions [Nazi] crimes finally assumed, it became evident to all who investigated them that they had started from small beginnings. The beginnings at first were merely a subtle shift in emphasis in the basic attitude of the physicians. It started with the acceptance of the attitude, basic in the euthanasia movement, that there is such a thing as life not worthy to be lived. This attitude in its early stages concerned itself merely with the severely and chronically sick. Gradually the sphere of those to be included in the category was enlarged to encompass the socially unproductive, the ideologically unwanted, the racially unwanted and finally all non-Germans. But it is important to realize that the infinitely small wedged-in lever from which this entire trend of mind received its impetus was the attitude toward the nonrehabilitable sick.

Alexander singles out the Nazis' so-called euthanasia program as the root of all the horrendous crimes the Nazis later committed, because that program implied 'that there is such a thing as life not worthy to be lived'. Lorber could hardly agree with Alexander on this, since his recommended procedure of not treating selected infants is based on exactly this judgment. Although people sometimes talk as if we should never judge a human life to be not worth living, there are times when such a judgment is obviously correct. A life of physical suffering, unredeemed by any form of pleasure or by a minimal level of self-consciousness, is not worth living. Surveys undertaken by health care economists in which people are asked how much they value being alive in certain states of health, regularly find that people give some states a negative value - that is, they indicate that they would prefer to be dead than to survive in that condition. Apparently, the life of the elderly woman described by Sir Gustav Nossal was, in the opinion of the matron of the nursing home, the doctor, and the relatives, not worth living. If we can set criteria for deciding who is to be allowed to die and who is to be given treatment, then why should it be wrong to set criteria, perhaps the same criteria, for deciding who should be killed?

So it is not the attitude that some lives are not worth living that marks out the Nazis from normal people who do not commit mass murder. What then is it? Is it that they went beyond passive euthanasia, and practised active euthanasia? Many, like Lorber, worry about the power that a program of active euthanasia could place in the hands of an unscrupulous government. This worry is not negligible, but should not be exaggerated. Unscrupulous governments already have within their power more plausible means of getting rid of their op- ponents than euthanasia administered by doctors on medical grounds. 'Suicides' can be arranged. 'Accidents' can occur. If necessary, assassins can be hired. Our best defence against such possibilities is to do everything possible to keep our government democratic, open, and in the hands of people who would not seriously wish to kill their opponents. Once the wish is serious enough, governments will find a way, whether euthanasia is legal or not.

In fact the Nazis did not have a euthanasia program, in the proper sense of the word. Their so-called euthanasia program was not motivated by concern for the suffering of those killed. If it had been, why would the Nazis have kept their operations secret, deceived relatives about the cause of death of those killed, and exempted from the program certain privileged classes, such as veterans of the armed services, or relatives of the euthanasia staff? Nazi 'euthanasia' was never voluntary, and often was involuntary rather than non-voluntary. 'Doing away with useless mouths' - a phrase used by those in charge - gives a better idea of the objectives of the program than 'mercy-killing'. Both racial origin and ability to work were among the factors considered in the selection of patients to be killed. It was the Nazi belief in the importance of maintaining a pure Aryan Volk - a somewhat mystical entity that was thought of as more important than mere individuals lives - that made both the so-called euthanasia program and later the entire holocaust possible. Proposals for the legalisation of euthanasia, in contrast, are based on respect for autonomy and the goal of avoiding pointless suffering.

This essential difference in the aims of Nazi 'euthanasia' and modern proposals may be granted, but the slippery slope argument could still be defended as a way of suggesting that the present strict rule against the direct killing of innocent human beings serves a useful purpose. However arbitrary and unjustifiable the distinctions between human and non-human, fetus and infant, killing and allowing to die may be, the rule against direct killing of innocent humans at least marks a workable line. The distinction between an infant whose life may be worth living, and one whose life definitely is not, is much more difficult to draw. Perhaps people who see that certain kinds of human beings are killed in certain circumstances may go on to conclude that it is not wrong to kill others not very different from the first kind. So will the boundary of acceptable killing be pushed gradually back? in the absence of any logical stopping place, will the outcome be the loss of all respect for human life?

If our laws were altered so that anyone could carry out an act of euthanasia, the absence of a clear line between those who might justifiably be killed and those who might not would pose a real danger; but that is not what advocates of euthanasia propose. if acts of euthanasia could only be carried out by a member of the medical profession, with the concurrence of a second doctor, it is not likely that the propensity to kill would spread unchecked throughout the community. Doctors already have a good deal of power over life and death, through their ability to withhold treatment. There has been no suggestion that doctors who begin by allowing severely disabled infants to die from pneumonia will move on to withhold antibiotics from racial minorities or political extremists. In fact legalising euthanasia might well act as a check on the power of doctors since it would bring into the open and under the scrutiny of another doctor what some doctors now do on their own initiative and in secret.

There is, anyway, little historical evidence to suggest that a permissive attitude towards the killing of one category of human beings leads to a breakdown of restrictions against killing other humans. Ancient Greeks regularly killed or exposed infants, but appear to have been at least as scrupulous about taking the lives of their fellow-citizens as medieval Christians or modem Americans. In traditional Eskimo societies it was the custom for a man to kill his elderly parents, but the murder of a normal healthy adult was almost unheard of. I mention these practices not to suggest that they should be imitated, but only to indicate that lines can be drawn at places different from where we now draw them. If these societies could separate human beings into different categories without transferring their attitudes from one group to another, we with our more sophisticated legal systems and greater medical knowledge should be able to do the same.

All of this is not to deny that departing from the traditional sanctity-of-life ethic carries with it a very small but nevertheless finite risk of unwanted consequences. Against this risk we must balance the tangible harm to which the traditional ethic gives rise - harm to those whose misery is needlessly prolonged. We must also ask if the widespread acceptance of abortion and passive euthanasia has not already revealed flaws in the traditional ethic that make it a weak defence against those who lack respect for individual lives. A sounder, if less clear-cut, ethic may in the long run provide a firmer ground for resisting unjustifiable killing. 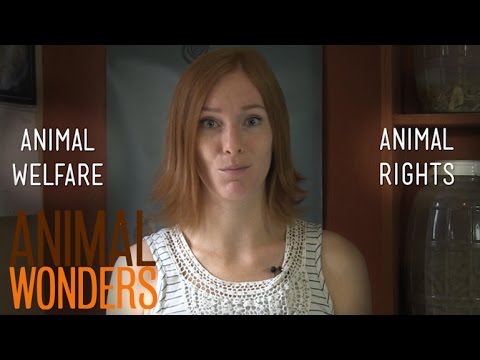